This user is currently inactive

CAMISAYO has no posts or upcoming gigs. 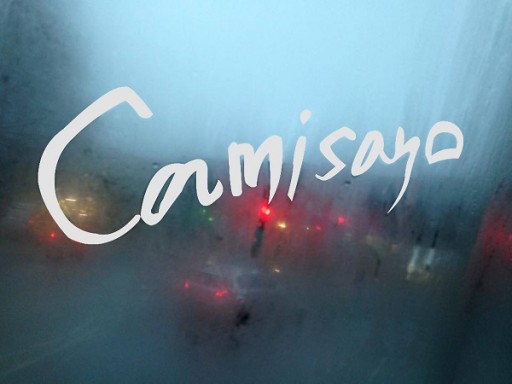 Camisayo is a folk-root act from Cambridge. Originally as a means for friends to get together, Camisayo swiftly made name for themselves in the Cambridge music scene.
Only after a year and a half of performing, Camisayo played in most of Cambridge's music venues, and have since played further afield in Hertfordshire, Suffolk, Norfolk and London.

Their sound combines powerful bluesy vocals, intricate guitar picking, subtle percussions which are crisp and tight, and lyrics that are written straight from the heart. On stage, Camisayo show a real complicity between its members and know how to work a crowd. Camille's energy on stage is magnetic, Tom's guitar playing always catches the attention, and Ollie's well thought-out drumming is the cherry on the cake.

Their music has been broadcast on BBC Radio Cambridgeshire and Cambridge 105. They are in the line-up for local and nation-wide festivals, including "How the light gets in" in South-Wales next Summer.

Camisayo will be releasing their new EP 'Clean Slate' on the 12th of April. Produced by the amazing singer-songwriter/producer Dan Wilde, the EP sees the release of the single 'Keep Smiling' along with a gorgeous music video directed by Sam J. Lance Photography & Video.