They have split up

CAIMBO has no posts or upcoming gigs. 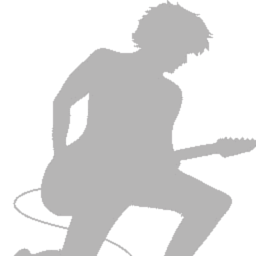 Caimbo are a four-piece British Rock band whose debut album is scheduled for released in 2008. The album tentatively titled "Electric Dreams" was co-produced by Ben Mason (Arctic Monkeys, Razorlight, The Kooks) and mixed by Tim Palmer (U2, Pearl Jam, Robert Plant).
Caimbo are Leonardo Robarts (vocals, guitar), Piers Mortimer (guitar), Ali Sloane (bass) and Dave Cullen (drums). All are aged between 19 and 20. The band was formed in 2001 while the four members were at the same school near Cambridge.

Caimbo's influences range from The Strokes and Kings Of Leon to The Rolling Stones, U2 and The Police. "There's a feeling of oldness and newness in our music," says Leo. "It's all about energy and vibe. One of the band's favourite albums is Free's "Fire And Water", released in 1971 and featuring the classic hit single All Right Now. Says Leo: "My Dad put it in my Christmas stocking when I was 13. It's the best present I've ever had." Adds Piers: "We listened to that record solidly for a year."

Caimbo recorded their debut album at The Chapel Studios in Lincolnshire following four months of intensive rehearsals at their home base, a converted barn. At The Chapel, Caimbo worked virtually non-stop. "I didn't see the outside world for a whole month," says Leo. "While we were working, none of us knew what time it was, or even what day it was!" The band only ventured beyond the studio walls for occasional trip to the only local pub, which, according to Piers, "always had the same five people in it"

"We wanted a live sound on the record," says Dave. "And the way we recorded was really free flowing. You know, just bang it out live!" Several of the tracks were recorded in the early hours of the morning after marathon all-night sessions. As Piers recalls, "We did Blood Through My Veins in seven hours, from 11pm to 6am. I remember the feeling of complete death!"

The album also features a very special guest appearance from the studio chef 'Munch', who plays piano on Treading Deep Water. The band heard his talents one morning and were shocked to hear how good he was - tinkling away in the style of the late, great Billy Preston, the man who added a little soul to legendary tracks by The Beatles and The Rolling Stones. Munch's performance, later that evening aided by a bottle of "quality white" - was the perfect finishing touch to a song that illustrates both the breadth and depth of Caimbo's music.

The Caimbo album marks Ben Mason's debut as a producer. As Leo explains, "Ben is quite young, in his 20's, so he gets us. He has a real feeling for what we do." Equally impressive was Mason's dedication to the task. "He worked for more than 24 hours straight to finish the album," says Ali. "The man's a genius!"

With recording completed the band headed to Los Angeles, where the album was mixed by Tim Palmer, whose previous credits include U2 "All That You Can Leave Behind", Pearl Jam's masterpiece "Ten", Bowie's "Tin Machine" and Led Zeppelin's Robert Plant's "Now & Zen"

While in LA, Caimbo made some new friends while they were shopping for hats on Venice Beach. The owner of one beachfront store said he would give the band a discount on some headgear if he liked their music, so the next evening they returned with a CD. Says Leo: "He blasted it through this massive PA facing the beach, and all the beach bums, surfers, skate-kids & curious tourists walking past started dancing! The sun was setting and all these people were totally getting into our music it was brilliant. There was even a tramp playing along on a tambourine!"

Caimbo are naming the album Electric Dreams because, as Piers explains, "It sums up the energy of our music." And as for the name of the band itself! It's Leo's slang for the city of Cambridge. Caimbo is a made-up word," Leo says, "so therefore it has no obvious meaning, and people won't have any preconceived ideas about the band. The name's like a good tune, once you've heard it, it's stuck in your brain."